All Collections
Essential Perpetua Amazon Concepts
What Happens When You Change Target ACoS?

What Happens When You Change Target ACoS?

What goes on in the backend when you increase or decrease target ACoS in Perpetua?

How You Should Decrease Target ACoS 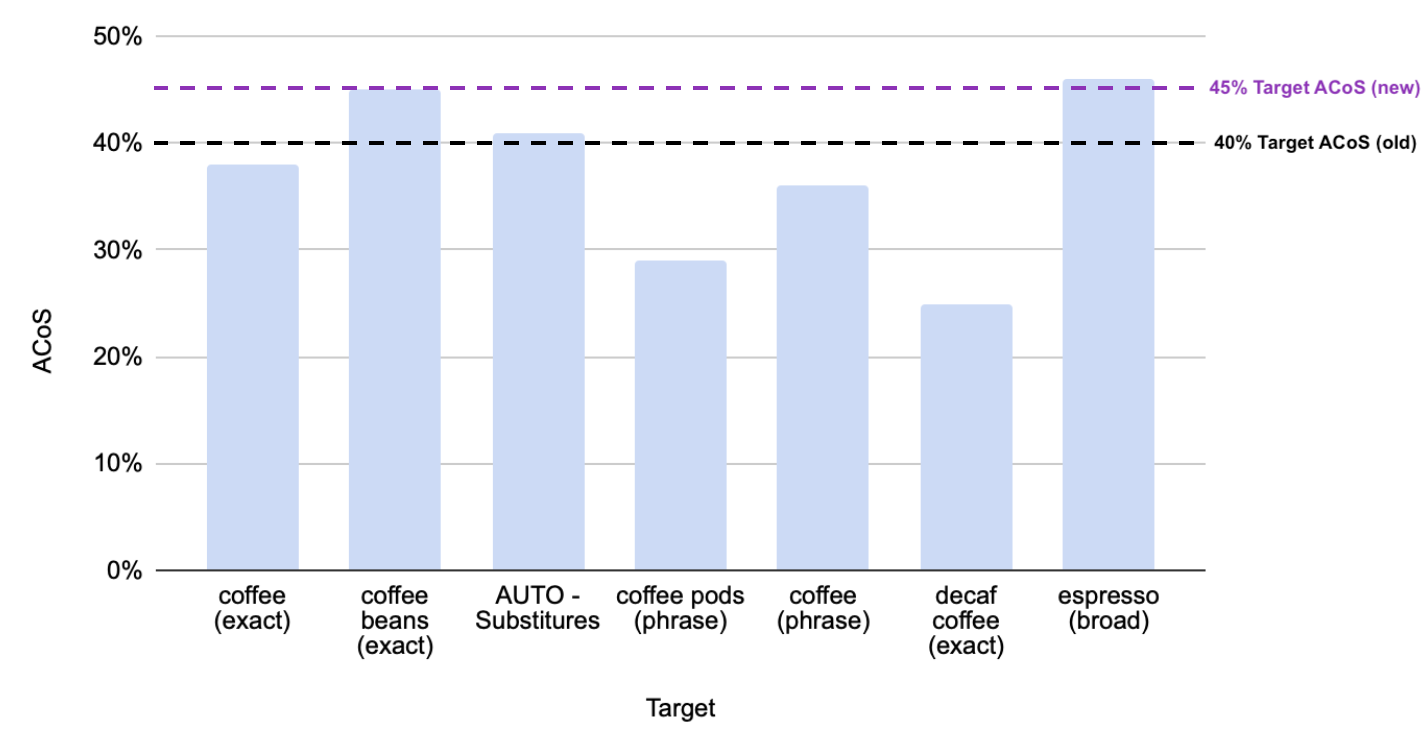 To put it simply, increase target ACoS if you want to increase spend.

That's because when you increase your target ACoS, the ad engine increases the bids on all your targets.

However, it does this intelligently. The ad engine will increase bids more aggressively on terms which are performing well, rather than on terms that have an ACoS higher than your new target ACoS. If a term is really inefficient, the ad engine will not increase its bid.

In the above example, the ad engine will increase bids least aggressively (if at all) on the terms coffee beans (exact) and espresso (broad). The other terms will have their bids increased more aggressively.

Note: when you make a target ACoS change, bids change right away, not over time. The bids will change immediately based on what the data suggests to be the optimal bid, and then the ad engine will make small adjustments based on actual performance over the following days. 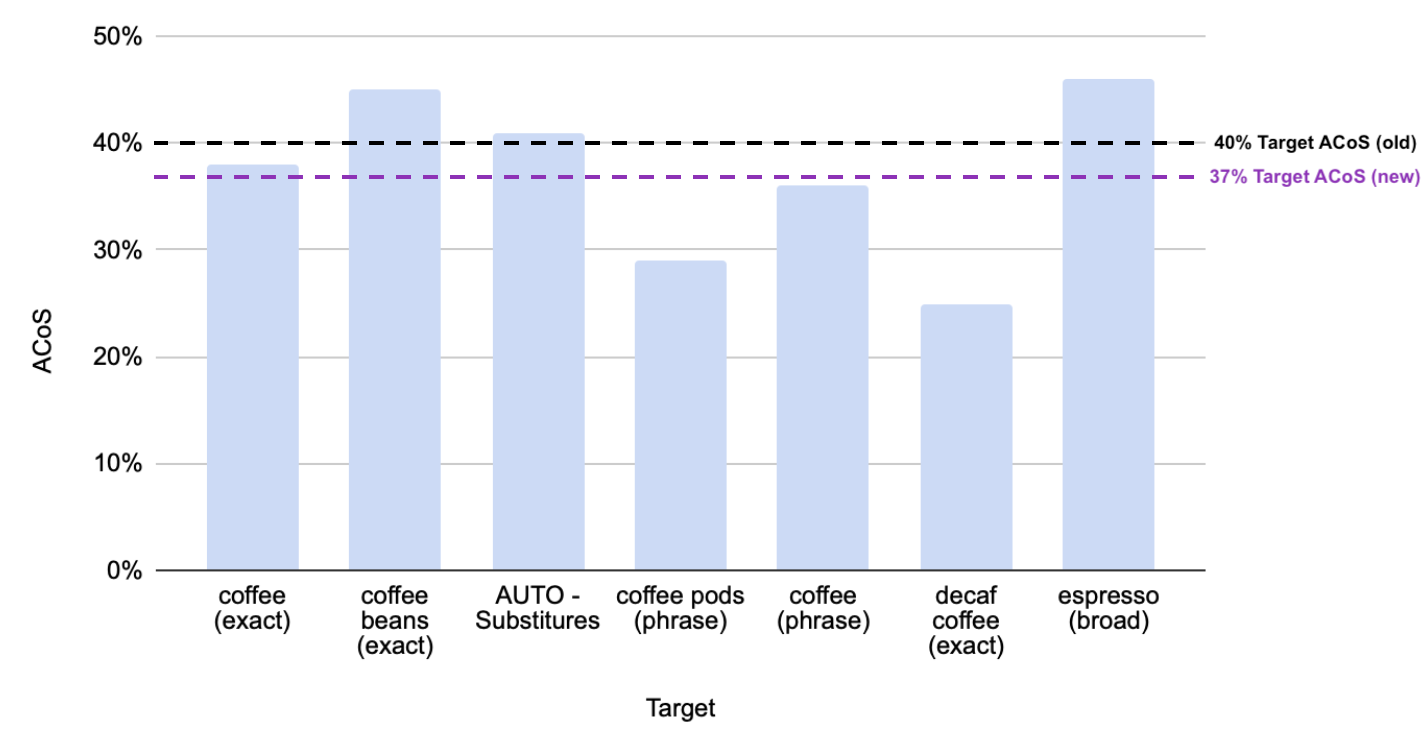 As previously mentioned, the ad engine prioritizes sales volume more than ACoS. This means a target that drives significant sales volume but performs slightly higher than the new target ACoS won't have its bid reduced as much.

In the example above, the ad engine will decrease the bids more aggressively on the targets coffee beans (exact), AUTO - Substitutes and espresso (broad), since they are most significantly driving up the ACoS of the goal. The other targets will have their bids reduced less aggressively, if at all.

How You Should Decrease Target ACoS

It’s very important to decrease target ACoS as per the recommendations below:

The reason this is important is because there is a point after which decreasing your target ACoS further will cause spend and sales to drop drastically, and possibly even cause ACoS to increase in the short term. This is because your bids have been reduced to the point where most of them are no longer competitive.

NOTE: This article is a simplification of what's happening. In actuality, the ad engine is recalculating the bids (and not just arbitrarily increasing/decreasing them) based on performance data to determine what bid will help achieve the Target ACoS.

Article last updated December 2022. If you find this information to be out of date, please contact hello@perpetua.io.