Sometimes, the reason a Goal has a high ACoS is because there currently aren't any known targets that can help you achieve the Target ACoS.

So How Do You Lower Your ACoS in This Situation?

The Targets tab may look like this, where you may have spent on quite a few targets but there are only a few that actually converted. The converting targets may or may not perform near your Target ACoS. 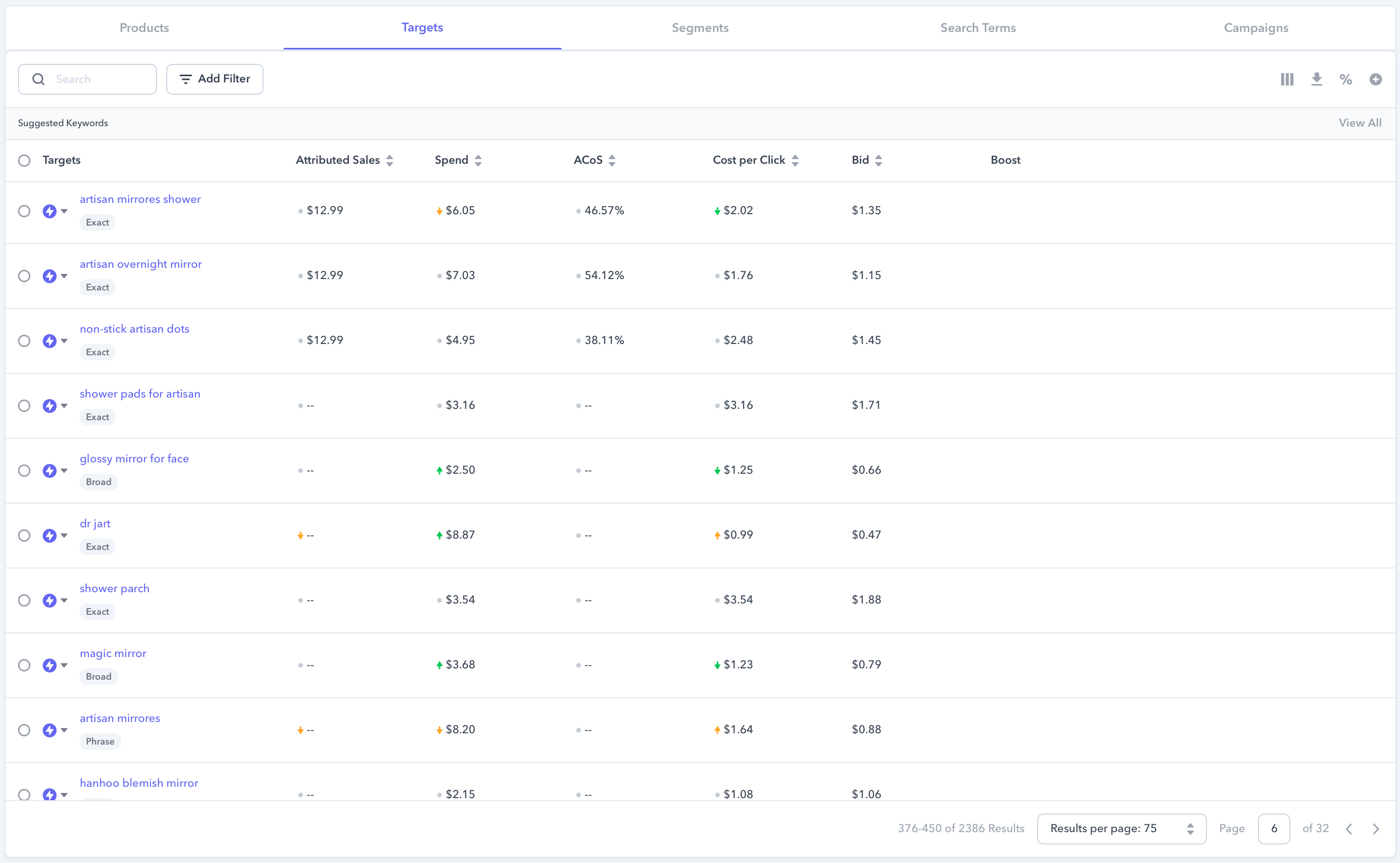 As a result, the Goal may look like the following, where the ACoS is a lot higher than the Target ACoS.

If you've read up on what's happening when you reduce your Target ACoS, it's pretty clear why this won't work here.

Thus, if you lower your Target ACoS, you'll just be lowering bids. This won't lead to a lower ACoS, it'll just lead to less spend and likely fewer conversions.

It's possible that the lower bids could lead to a lower ACoS but this is unlikely. The more likely situation is that your bids will no longer be competitive enough to win placements and so you won't spend, or will spend very little.

Your Targets tab may actually have quite a few converting keywords, but very few of them are able to deliver an ACoS near your desired Target ACoS.

So How Do You Lower Your ACoS in This Situation?

To reduce your ACoS in this situation, you need to discover new targets that can help you achieve your desired ACoS. Refer to Method 3 in this article.